Having a seemingly insatiable sweet tooth, baklava, the sticky-sweet treat of layers of buttery phyllo dough, nuts, and honey syrup, has always appealed to me. None the less, I don’t have it too often as my run-ins with baklava are often of the unfortunate “guess how long I have been sitting in this plastic case” variety. I came across the aforementioned treat at a local Mediterranean restaurant which inspired this particular creation.

Making the baklava isn’t difficult, but it is time-consuming. If you like to spend quality time in the kitchen, like I do, it’s worth taking the time to make your own. I was happy with its flaky sweetness and I was also very happy with the rose petal white chocolate mousse. I went easy on the rose, there is just a hint of it, and the mousse was definitely not too sweet and had a nice texture. Not quite as air-bubbly as a typical dark chocolate mousse, but a nice texture just the same. Either two of these components stands well on their own.

I was pleased with the end result. The walnut cake soft and nutty, the mousse cooling with a hint of exotic flavor, and the baklava spicy, syrupy, and crunchy. Definitely a stretch as far as calling it a cupcake, I will admit, but an interesting dessert none the less.

Note: You can use purchase rose simple syrup (as I did) or make your own by boiling equal parts water and sugar with a couple drops of rose extract. 1. Sift flour, sugar, salt, and baking powder into the bowl of a standing mixer.
2. In a medium bowl, combine oil, egg yolks, water, and walnut butter. Stir to combine.
3. On a low setting, start to beat the dry mixture and slowly add the wet. Increase the mixer speed to medium and beat until incorporated.
4. Transfer mixture to another bowl. Wash and dry mixer bowl.
5. Whip egg whites with whip attachment on medium-high speed until foamy. With the mixer on medium speed, add cream of tarter and slowly add sugar. Beat on high speed until stiff peaks form.
6. Scoop about a third of the stiff egg whites into the batter and stir to combine. This should lighten up the batter.
7. Transfer the batter to the egg whites and gently fold until there are no more streaks of egg white. Fold in the ground walnuts.
8. Scoop into cupcake cups just less than 1/2 full (so there is room for mousse) and bake at 350 F for 22-25 minutes until the tops are golden brown.

Note: You can use prepared walnut butter (as I did) or grind walnuts in a food processor until they become a paste. You can add a small amount of some mild oil to help it along.

1. In a small pan, stir the sugar, water, lemon juice, cinnamon sticks, and cloves over low heat until the sugar dissolves, about 3 minutes.
2. Stop stirring, increase the heat to medium, and cook until the mixture is slightly syrupy, about 5 minutes (about 225 degrees on a candy thermometer).
3. Discard the cinnamon sticks and whole cloves. Let cool. The remaining will be used in the next recipe. 1. Mix together walnuts, sugar, and spices in a medium sized bowl.
2. Roll out 12 phyllo sheets. Place a sheet of phyllo onto a clean, flat surface. Brush with butter.
3. Repeat with 5 more sheets, buttering between each.
4. Spread the filling over the buttered phyllo.
5. Top with 6 more sheets, buttering between each.
6. Using a circular cookie cutter close to the size of the opening of your cupcake papers, cut as many phyllo disks as you have cupcakes. Using a spatula, transfer to a silpat covered or greased sheet pan.
7. Just before baking, lightly sprinkle the top of the pastry with cold water. This inhibits the pastry from curling.
8. Bake for 20 minutes. Reduce the heat to 300 degrees and bake until golden brown, about 15 additional minutes.
9. Drizzle the cooled syrup slowly over the hot baklava and let cool for at least 2 hours.

Note: I ended up making by Baklava too thick. I did three layers of eight sheets with two layers of filling. I ended up leaving behind the bottom layer when transferring onto the cupcakes (and saved the bottoms to nibble on). I adjusted the recipe to make a thinner Baklava. Assemble
1. Pipe the mousse layer just to the top of the cupcake paper.
2. Top with the Baklava disks.
3. Decorate with a dollop of mousse and a walnut. 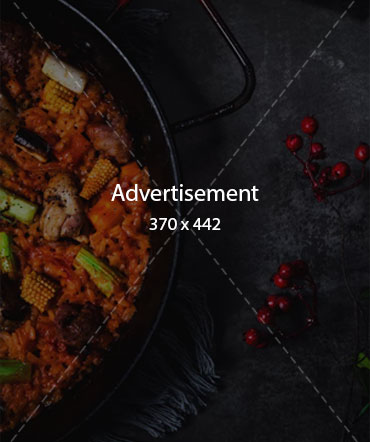